Email scam artists last week tricked an employee at data storage giant Seagate Technology into giving away W-2 tax documents on all current and past employees, KrebsOnSecurity has learned. W-2 forms contain employee Social Security numbers, salaries and other personal data, and are highly prized by thieves involved in filing phony tax refund requests with the Internal Revenue Service (IRS) and the states. 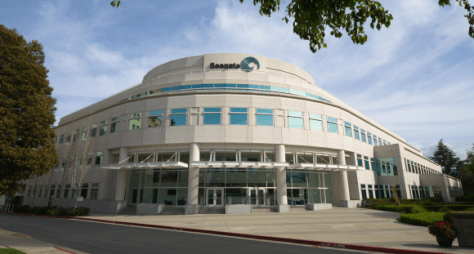 According to Seagate, the scam struck on March 1, about a week after KrebsOnSecurity warned readers to be on the lookout for email phishing scams directed at finance and HR personnel that spoof a letter from the organization’s CEO requesting all employee W-2 forms.

KrebsOnSecurity first learned of this incident from a former Seagate employee who received a written notice from the company. Seagate spokesman Eric DeRitis confirmed that the notice was, unfortunately, all too real.

“On March 1, Seagate Technology learned that the 2015 W-2 tax form information for current and former U.S.-based employees was sent to an unauthorized third party in response to the phishing email scam,” DeRitis said. “The information was sent by an employee who believed the phishing email was a legitimate internal company request.”

“When we learned about it, we immediately notified federal authorities who are now actively investigating it. We deeply regret this mistake and we offer our sincerest apologies to everyone affected. Seagate is aggressively analyzing where process changes are needed and we will implement those changes as quickly as we can.”

Asked via email how many former and current employees may have been impacted, DeRitis declined to be specific.

“We’re not giving that out publicly — only to federal law enforcement,” he said. “It’s accurate to say several thousand. But less 10,000 by a good amount.”

According to recent stats from the Federal Trade Commission, tax refund fraud was responsible for a nearly 50 percent increase in consumer identity theft complaints last year. The best way to avoid becoming a victim of tax refund fraud is to file your taxes before the fraudsters can. See Don’t Be A Victim of Tax Refund Fraud in ’16 for more tips on avoiding this ID theft headache.

This entry was posted on Sunday, March 6th, 2016 at 9:55 pm and is filed under Latest Warnings, Tax Refund Fraud, The Coming Storm. You can follow any comments to this entry through the RSS 2.0 feed. You can skip to the end and leave a comment. Pinging is currently not allowed.